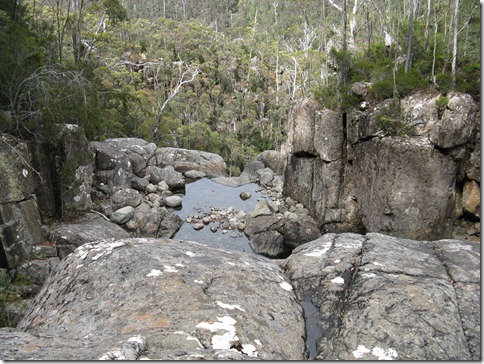 This walk can be started from Neika by foot, but the shortest way would be from Betts Rd. The best way from Neika is to ride a bike to the start of the Wellington Falls track. From there it is possible to walk in either direction, but the clockwise way involves an uncomfortable and very steep downhill start. It is easier going first to Wellington Falls which is on a good quality track with a gentle ascent after the initial uphill section. At a junction overlooking the falls valley the left hand path leads to a lookout whilst the right one is to the track coming along the Milles Track from The Springs. A short distance up from the junction there is a rough track to the top of the falls and once over the track climbs up the obvious ridge through what is now a fairly clear and comfortably wide track. About half way to the old Montagu track, however, the vegetation closes in and much of it is now overgrown, especially with Bauera.

The old Montagu track was once a fire trail but is reverting to a narrow walking track and in many parts is gradually overgrowing even that. It is fairly level for a while but then climbs 50 metres over a short distance where some erosion has occurred. Several years ago PWS installed cross drains to help but these are nearly all full of rubble so are not collecting the water they did once. At the Montagu Thumbs junction the track is in much better shape and not many sections here are getting overgrown. The old Montagu track continues from this junction some 400 metres to Norris Hut and then down to Mountain River.

The track is good until the ascent of Montagu thumbs where several eroding sections are found and these have worsened over the last few years.

From the flattop summit of the Thumbs it descends and then climbs again to a rocky tor section and follows close to the several tors, with several sections of track that ascend or descend starting to show considerable erosion. Eventually a less undulating section of ridge top is reached before a final drop to the Cathedral Rock. The descent from there again passes through quite eroded sections with several step downs needing care and probably making use of rocks or tree trunks to help.

At the wide junction with the old fire trail a steep but not overly sharp descent is entailed through a series of zig zags until the junction with a track to the North West Bay River is met. This is on a relatively flattish section of track and is often marked with rocks or even tape. The river is not far off and is crossed with the short connecting track up river a short distance. The final leg is on what is often referred to as the Siphon track, which is an almost unrelenting grunt for nearly 800 metres at a 1:3 gradient, with some 280 metres of it at 1:2 gradient.

Total walking time 5 hours and distance 11.5, including Norris Hut. It is a moderate to hard walk.

The bike leg is about 6.5 k each way and takes about45 minutes in but somewhat less on the return.

Facilities      None other than hut as an option 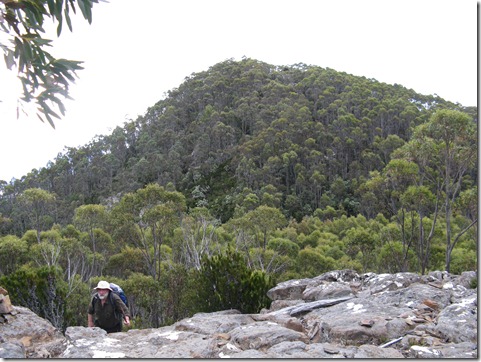 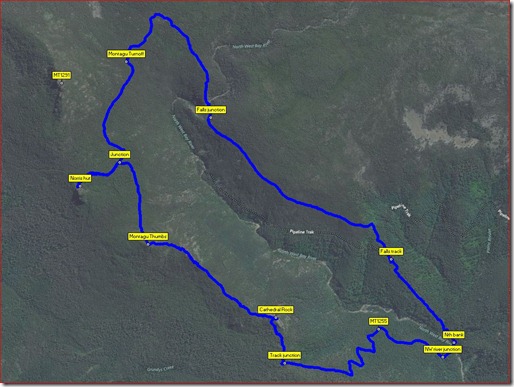 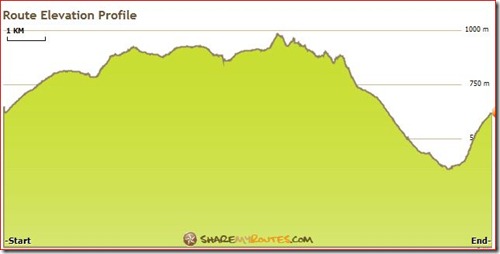