In the Chauncy Vale area there is plenty of very pleasant bushland and the walk to Butlers Hill on the southern side passes through some dry Eucalypt zones with sandstone slabs. Below all this are superb cliffs with a number of caves and overhangs 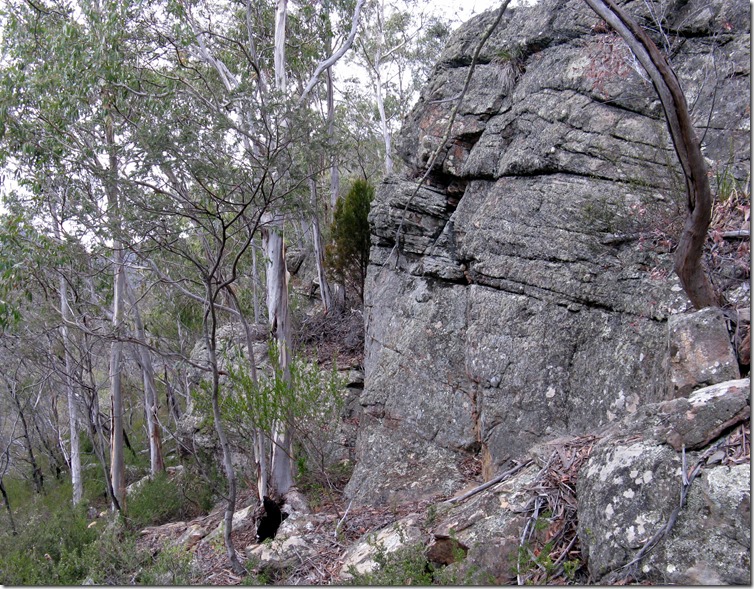 The route initially follows a marked track from the Chauncy Vale car park to the start of the cliffs then leaves it and ascends to the top of the cliffs. After a kilometre winding along the tops and an old logging track is reached in a shallow gully. This is followed as it contours around a hill for a while to reach a tarn, which may be dry. A steep climb follows to another logging track which has a marked route up to Butlers Hill

Butlers Hill had an old rock cairn constructed on top and nearby a second metal one. Trees that had been cut down to make surveying possible have been replaced by new gums, making the summit views now very limited.

Some old rock cairns lead off south but there is no advantage from going that way, the best option is just retrace the inward route. However for variety on reaching the gully where the old logging track was first met, a route under the cliffs can be enjoyed. There are numerous caves and overhangs along this way and spectacular cliffs for the journey. At the end the walking track that follows under lower cliffs past Browns Cave can be followed, although this adds about an extra 750 metres to the walk. 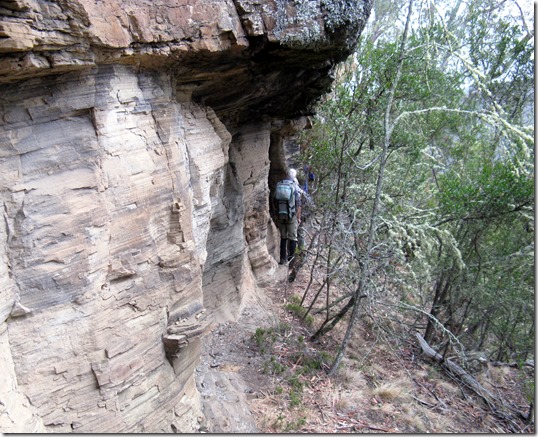 All of the walk is on private land, but the public is welcome in the area where most of the walk goes. This is Chauncy Vale Conservation Area managed by the Southern Midlands Council. Some other parts are a forestry company land.